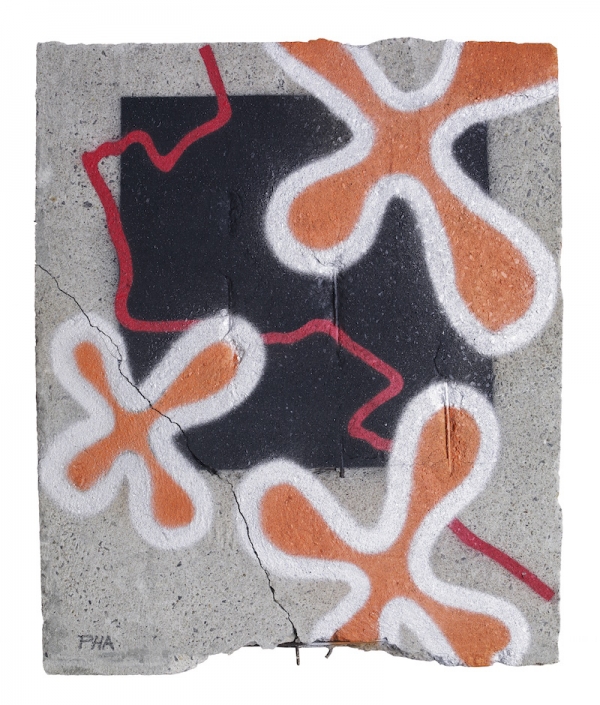 For Pierre-Henri Argouarch, aka PHA, buildings and walls are partners, constant companions.

Architect. After graduating in 1989, the port in Brest was his launching pad for re-creating the world. He breathed new life into the area with colour and modernism through his design of the now legendary Archibox, the flagship of the A3 Agency (Argouarch Architects Associated), created in 2005.
Artist. The walls of the DMA Gallery in Rennes featured his “Art Archi Archibox” show in 2012, a show of his sketches and canvasses. That same year, he published a monograph, Pierre Henri Argouarch – architecte plasticien, offering an overview of his architectural and pictorial work.
Street artist. He created two monumental frescoes on the gables of buildings in the Recouvrance quarter in Brest on the theme, “Ici c’est Brest” (This is Brest). In keeping with his penchant for Dadaism, he played with perspective in collages created on satellite map images.

“How could I have guessed that my drawings, experiments, and random putterings, which have always defined my life within the secret world of the studio, would one day, in broad daylight, reveal and guide my work as an architect – indeed, would become its bedrock! As if two lines that had always run parallel to each other suddenly intersected and merged, finally allowing me to affirm and express my colourful vision of architecture and of life.”


Red vein
over black,
the impatient ones await
the rupture in the aorta of evil.