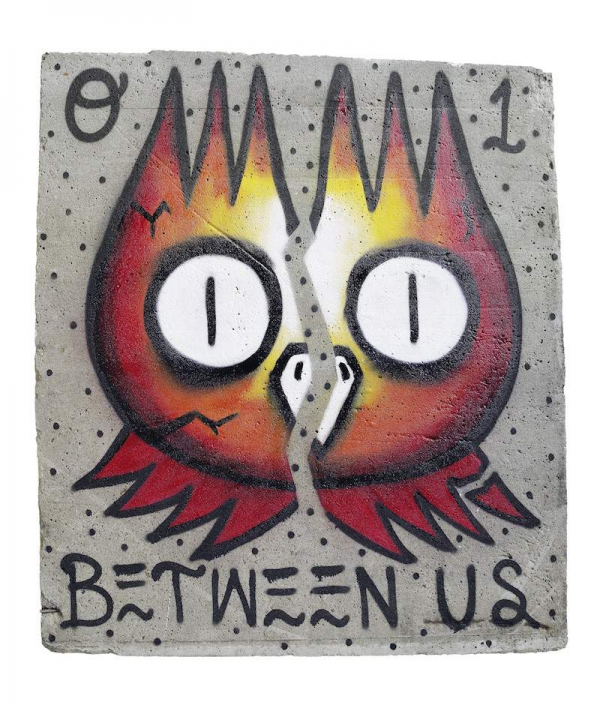 A graffiti artist, skater, and fan of comics, Crum, Bode, of cartoons, Dscreet sought a signature, an identity that would be quick to execute but different from lettering – a universal symbol.

You can almost hear it hooting: a bird with big round eyes and curved talons, its crest proudly raised – that’s Dscreet’s “electric owl.”

As an emblem of wisdom and knowledge or as a harbinger of bad luck, the owl is a mythical creature in many cultures… meaning that Dscreet’s fowl, as it follows his peregrinations to different perches across the world, fascinates people both with its artistic qualities and its many possible interpretations.

An Australian artist based in London, Dscreet has created a singular language with his owl, using visual repetition in bright colours to produce what is at once signature, logo, shorthand, and brand.
Major luxury brands names as Coco Chanel, Hermès, and Vogue have, with reason, sought him out for this talent.

The force of your strange night-bird,
perched upon the world,
the better to emphasize this crack,
which may become an uncrossable border.